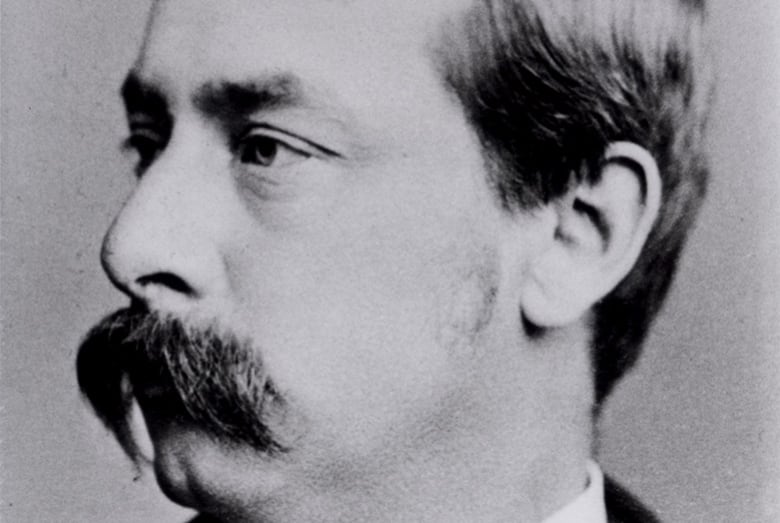 This Christmas Eve, like every Christmas Eve, Sara Rogers will gather her children at her home in Tucson, Ariz., and read aloud one of the most famous letters and editorials published in North America.

That her children are now 19 and 20 makes no difference. It’s an important family tradition and a reminder how more than 120 years ago, her great-grandmother, Virginia O’Hanlon, became indelibly linked with the holiday for asking a simple question: Is there a Santa Claus?

“We have family time. One of my aunts gave each of the kids a book, Yes, Virginia, when they were little. And so we just pull out one of the books and we read it,” Rogers said.

“And every Christmas season, we usually get asked questions [by the media]. So it’s nice to be able to talk about it and to pass on her legacy.”

While O’Hanlon embraced her legacy, so, too, have her grandchildren and great-grandchildren who have regularly taken part in events that honour the letter and the editorial that followed.

How it all started

That legacy began back in July of 1897, when New York City resident Virginia, then just eight years old, and with the encouragement of her father, wrote to the New York Sun:

“I am eight years old. Some of my friends say there is no Santa Claus. Papa says if you see it in the Sun, it’s so.”

Please tell me the truth, is there a Santa Claus?

The letter apparently got misplaced for months at the Sun but eventually ended up on the desk of Edward P. Mitchell, the editorial page editor. He asked lead editorial writer Francis P. Church to craft a reply, according to W. Joseph Campbell, who wrote about the letter and editorial in his book, The Year That Defined American Journalism: 1897 and the Clash of Paradigms.

But Church, Mitchell would later recall, wasn’t all that keen about his assignment.

“Church supposedly was a bit annoyed and grumbled about having been assigned to write this editorial,” said Campbell, who is also a professor of communications at American University in Washington, D.C.

It took Church a day to craft a response, an editorial that would become the most republished editorial in the history of U.S. journalism.

“Virginia, your little friends are wrong,” he wrote. “They have been affected by the skepticism of a skeptical age. They do not believe except they see. They think that nothing can be which is not comprehensible by their little minds.”

Yet it was this passage, as Campbell pointed out, that would prove most memorable:

Not a prominent spot

Campbell said the piece wasn’t given a prime spot in the editorial section. It received little attention initially — except, of course, from Virginia, who had been checking the paper regularly for a response.

“I was so happy and proud to have such overwhelming proof that I was right, that there was a Santa Claus and my little friends were wrong,” she told CBC Radio in an interview on Dec. 24, 1963.

CBC Radio talks to Virginia O’Hanlon about her famous letter to the editor and the meaning of Santa Claus. 3:49

But some readers really embraced the editorial, asking the New York Sun to reprint it.

“Readers really kept it alive and kept pestering the Sun until the Sun gave in,” Campbell said.

It was almost unheard of for a newspaper to republish one of its editorials, but five years later, the Sun decided to reprint it. Initially, publication was sporadic and it wasn’t until the 1920s that the Sun’s publisher decided to publish the editorial every year.

Not talking down to kids

Its popularity flourished. The piece was published in newspapers across the country, translated internationally, and made Virginia a bit of a media star, at least for a short while every December. It gave birth to a children’s book, Yes, Virginia, in the early 1970s and an animated television show.

“It just appealed to readers, to the general public on a number of different levels,” Campbell said. “If you read it closely, the very intellectual discussion is almost a mystical discussion about Santa Claus.

“In a way, it’s not talking down to little kids generally. And so it’s reassuring. Yes, Virginia, there is a Santa Clause. So another reason I think it has lived on is that it allows parents to tell their children, yes, Santa Claus exists.”

The irony, however, is that while Virginia would become famous for her letter, the author of the editorial would remain anonymous.

It wasn’t until shortly after Church’s death in 1906 that his colleagues at the Sun, as a tribute to him, made clear that he was the author.

“The editorial was the thing that’s important here,” said Jim Temple, O’Hanlon’s grandson. “And my grandmother was just a catalyst in the whole process.”

“She always gave credit to Mr. Church. She never clanged the symbols for her role in this.”

Along with the media attention around Christmas, O’Hanlon would be flooded with Christmas cards and letters, Temple said.

“She always seemed that it was an obligation to answer questions that people asked her.”

O’Hanlon had one daughter, whom she raised by herself. She earned a master’s degree at Columbia University and was a teacher in New York City schools, according to Campbell. She later became principal of a school for children with disabilities, after earning a doctorate in education from Fordham University in 1935.

Campbell said O’Hanlon occasionally read the editorial at Christmas programs. In her interview with CBC, she said she felt a responsibility to live up to some of the ideals in the editorial.

“It’s brought into my life many, many interesting and kind things that I don’t think would have been there.”

O’Hanlon died in 1971 at the age of 81. At some point, the New York Sun sent back the original letter to the family. It currently resides in New York with Virginia’s great-grandson, Brock Rogers, who has it glued onto a scrapbook that is secure in a safe.

Whatever its current worth, Rogers said the letter isn’t on the auction block.

“This is just something to be passed down. Keep it in the family. I have kids, my sister has kids, we’ll pass it down to them,” he said.