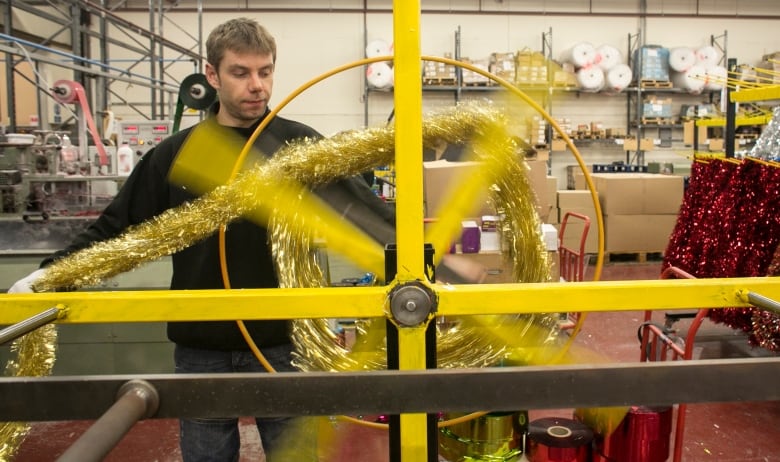 You’re standing in line at the cash register, holding a sparkling roll of colourful gift wrap. You know it’s not a climate-friendly choice. You also know the paper is headed straight for the trash as soon as the gift is unwrapped.

But you buy it anyway.

It’s just this once, you tell yourself. It’s the holiday season, after all. And you want your gifts to look nice.

You are caught in what environmental psychologists call the “intention-action gap.”

You want to adopt a low-carbon, low-waste lifestyle. Your inner voice of shame is scolding you for your choices. Yet you’re still tempted by shelves of glitter and plastic toys.

Psychologists have discovered that this uncomfortable tension — a state of cognitive dissonance — is often alleviated by shifting your thinking rather than changing your action.

“What we find in our research is that people have these really positive intentions,” said Katherine White, a marketing professor at the University of British Columbia. “But we also see that when you actually look at what people do, they don’t always follow through with their stated attitude.”

It’s one reason this year is shaping up to be as carbon intensive as any other holiday season, even though climate change was named the story of 2019 and environmental warrior Greta Thunberg is Time’s Person of the Year.

Despite the awakening carbon consciousness, the siren call of seasonal consumption has been beckoning shoppers since before the leaves fell from the trees.

Less than a month after the September global climate strikes, the so-called Christmas creep of marketing arrived, earlier than ever, as holiday decorations competed for shelf space alongside Halloween merchandise.

Already, seasonal spending is breaking records in the U.S.

“When Christmas comes around, there are all these [buying] cues,” said White. “It’s triggering people to do things that they might not normally do.”

The holiday pressures are an illustration of the challenges facing ethical consumers who want to be part of the climate solution.

It’s the “Christmas dragon,” said Robert Gifford, an environmental psychologist at the University of Victoria. He has researched the barriers that prevent people from adopting sustainable behavior and has identified dozens of “dragons” that block behavioural change through a combination of cultural norms, social habits and fear.

“Some people are able to overcome these rationalizations and just say, ‘Hey, in my family, my circle, we’re not doing gift wrap this year,’ and everybody agrees. And other people just assume they have to do it,” said Gifford.

Another pressure, he said, is based on social comparison: “What if I come with unwrapped gifts and everybody else comes with really fancy stuff — I might look bad.”

Canadians spent almost $99 million on gift wrap and cards in December 2016, according to Statistics Canada.

Much of that paper, and most of the ribbon and tape, cannot be recycled. Most of it will end up in the trash. In fact, one U.K. survey discovered that 78 per cent of families intended to stuff their discarded gift wrap into a garbage bag and jam it into the waste bin.

That’s one reason why post-holiday waste volumes grow by an estimated 25 per cent from the end of November to New Year’s Day.

There are more than 25 million real Christmas trees sold in the U.S. and Canada every year, most of which end up on the curb a few weeks later. At the same time, Statistics Canada reported that about $60 million worth of artificial trees were imported into Canada in 2016 (most of them from China).

The trouble with glitter

Glitter — also known as aluminum metalized polyethylene terephthalate — is everywhere right now, even though it is increasingly identified as a source of polluting microplastics and some people are calling for a global ban.

Glitter is one of several factors that complicate the Christmas cracker, a tradition on many holiday tables, especially in the U.K.

“Any Christmas table set out for a meal, you would expect to see the Christmas crackers there. It’s just a staple of the season in the same way a Christmas tree or Christmas lights are,” said Alan Bradshaw, a marketing professor at Royal Holloway, University of London, who lives in Leicester, England.

“I did indeed grow up with Christmas crackers. They’re pretty fun, you know.”

The sparkling paper tubes — mostly imported from China — pop noisily when pulled and usually release a small toy. The cracker so typifies the seasonal waste that some are calling for them to be banned.

“This is an example of consumption as an anthropological issue: If something just becomes a part of the culture, it’s very difficult to shift it,” Bradshaw said.

“Rather than expecting consumers to stop buying [Christmas crackers], I think if we want to look for meaningful change, it’s much better to look at those companies that are not putting the plastic nonsense in them and who have more recyclable paper for them. That, to my mind, is where we can expect to see change.”

There are indications that retailers are moving in that direction. One U.K. chain has vowed to replace the plastic toy, which 99 per cent of people surveyed said would end up in the garbage anyway.

U.K. retailer Marks and Spencer has announced it is banning glitter from its holiday cards.

Holiday glow can be seen from space

North America’s cities glow so brightly this time of year that scientists have been able to measure the increased holiday light from space.

“It gets 20 to 30 per cent brighter relative to other periods of the year,” said Miguel Román at the Universities Space Research Association. “And that was directly the result of holiday decorations in highly residential sectors.”

Last year, BC Hydro reported a holiday electricity paradox — overall electricity use went up 15 per cent, even though more households were using lower-energy LED decorative lights.

The added power drain was attributed to inflatable Santas and other elaborate holiday displays.

“This illustrates what we call the rebound effect,” Gifford said. “When we do something a little bit virtuous for the environment, we then sometimes reward ourselves with something that actually outweighs the other.”

Julia Sampson, a 17-year-old Halifax student who joined the global climate movement this year, is on a personal quest to have a low-waste Christmas.

“It’s a little uncomfortable,” she said. “Some of my extended family doesn’t really understand, and I’m still worried that some of them will get me gift cards for fast fashion stores or something like that, and I won’t want to do that, because I won’t be shopping there.”

Sampson is only asking for gifts she will use, which is why she turned down her traditional Christmas pyjamas.

Katherine White and her research colleagues have developed a framework to shift consumers to make more sustainable choices.

One important aspect is giving them encouraging information about the environmental impact of their changing behaviour.

White points to this year’s calculation by the Recycling Council of British Columbia about gift wrap. The council’s press release stated that if every Canadian wrapped three gifts in reused paper or gift bags, “it would save enough paper to cover every hockey rink in Canada.”

Even so, Bradshaw said climate change can’t wait for consumers to change their habits.

“My concern is we lose years trying to re-frame the issue as a matter of individual responsibility,” he said. “Persuading consumers only goes so far. We need to take a look at the process of production itself.

“As a general rule of thumb, that which gets produced gets consumed.”

Accessibility Inclusion – IT leads to the achievement of the companies 2020