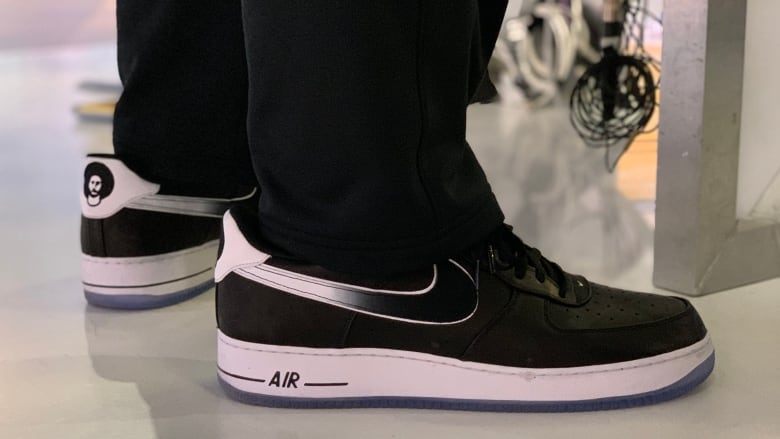 Physical and mental toughness are part of the job description for NBA centres, who over a lengthy season constantly battle for every inch of space on the hardwood.

But compared to the real-life dangers Enes Kanter contends with as a consequence of speaking out against Turkish President Recep Tayyip Erdogan, boxing out seven-footers for rebounds may seem inconsequential by comparison.

“I don’t have a home right now,” Kanter told CBC News Network’s Steve Niles on Tuesday. “If I was anywhere else besides in America, besides Canada, yes, I believe my life could be in danger because I get death threats almost every day [from] Erdogan’s goons.

“When I say something, it goes viral — and they hate that, the Turkish government hates that.”

Kanter and the Boston Celtics were in Toronto to face the Raptors in a highly anticipated Christmas Day matchup, but the 27-year-old’s participation wasn’t a sure thing. The Swiss-born Turkish athlete hasn’t travelled outside the U.S. in years for fear of reprisal due to his criticisms of Erdogan.

The NBA player and outspoken critic of the Erdogan regime says he wants to use his platform to shine a light on what’s happening in his home country. 0:38

In an opinion column in the Globe and Mail on Monday, Kanter announced he would play in Toronto and thanked Prime Minister Justin Trudeau’s government as well as other officials in Canada and the United States for ensuring his safety.

“Just stepping outside of America, just feeling this air and I’m like, ‘You know what? I feel really free,'” Kanter said about his arrival in Toronto. “Just enjoying that moment with my teammates it was definitely amazing.”

Kanter’s arrival in Canada was welcome news for Janice Stein, founding director of the Munk School of Global Affairs and Public Policy at the University of Toronto.

“That everybody co-operated and he did get a permit both to come into Canada but to go back into the United States and afterwards is a really heartening story,” Stein told CBC News’s Olivia Stefanovich. “There are millions of stateless people in the world who are trapped where they are and cannot move.

“The fact that Canada made this effort, made this arrangement, is a heartening story. Not only for Enes Kanter and not only for basketball but for anybody who finds himself in the position that Kanter does.”

Relationship with Turkish cleric at centre of dispute

Kanter is a vocal supporter of Fethullah Gülen, a Turkish Islamic cleric and former ally of Erdogan now considered by Ankara to be a terrorist. Gülen, who currently lives in Pennsylvania, is accused by the Turkish government of organizing a 2016 coup attempt; since then, Erdogan has cracked down on Gülen’s supporters in the country.

“I’ve been going to see [Gülen’s] movement school since second grade so I grew up in this movement,” Kanter said. “Whenever I go visit him, we always talk about how can we make this world better together — that’s the key word.”

Kerim Uras, Turkey’s ambassador to Canada, told CBC News that Ankara is “not very happy” about Kanter’s arrival in Canada. “There’s not much we can do, actually — except for being disappointed,” Uras said. “Maybe we might have raised this issue privately with [the Canadian government] but it’s not an official representation.

“Because he is condoning terrorism and a supporter of a proscribed terrorist organization, we think it isn’t a good idea, but it’s the sovereign decision of Canada.”

When asked about Uras’s claim he is “glorifying terrorism,” Kanter told Stefanovich: “The only thing I terrorize is the basketball rim.”

In 2017, Kanter said he had to flee Indonesia — where he was running a basketball camp — for fear of being kidnapped and sent to Turkey. After a stopover in Singapore, he was detained at an airport in Romania and was told his passport was cancelled by the Turkish government.

While he was able to return to the U.S. thanks to officials from the U.S. Department of Homeland Security and others, tensions with Erdogan — whom he referred to as the “Hitler of our century” — and his regime didn’t end there.

The Turkish NBA player said he was lucky to escape, but there are other Turkish citizens who aren’t as fortunate. 0:39

“I’m lucky I got the news early, but there are lots of families out there all over the news that they are getting kidnapped in Indonesia, Malaysia, Bosnia, and they send them to Turkey and they are being jailed,” he said.

Uras denied Kanter’s claims his passport was revoked and Turkey issued an Interpol Red Notice for his provisional arrest.

“It’s in our law; you cannot deny a Turkish citizen a passport,” he said.

“It might be for a short duration to return to Turkey, but you have to give a passport.”

Stein was critical of Erdogan’s human rights record in the years since the attempted coup. “The state of human rights in Turkey is now worse than it has been at any point in its modern history,” she said.

“So Enes Kanter’s story has credibility because he is one of probably 150,000 journalists, academics, lawyers, judges, military people who have lost their rights over the last several years in Turkey under President Erdogan.”

Kanter said there have also been consequences for his family for his actions. He said his father and sister both lost their jobs, and according to Turkey’s state-run news agency Andalou, his father was charged with “membership in a terror group.”

Watch Kanter talk about his family in Turkey:

The Turkish NBA player discusses how his family has been affected by his decision to speak out against the Erdogan regime. 0:48

“The last time I saw my family was back in 2015, and last time I talked to them — I don’t even remember,” Kanter said.

“My family had to put a statement out there and said we are disowning Enes, but the Turkish government didn’t believe that. They sent police to my house in Turkey and they raided the whole house.”

Stein said Kanter is only controversial in the eyes of the Turkish government.

“President Erdogan has branded hundreds of thousands of people as enemies of Turkey, as sympathetic to terrorism,” she said. “But the net has been cast so broadly, and there has been show trials, very limited due process, and so many of the people that were arrested remain in jail and unaccounted for.

“This is a dark period in the history of modern Turkey.”

‘What we’re trying to do is working’

Basketball and activism go hand-in-hand for the six-foot-ten centre, who off the court was wearing a pair of signature Nike shoes gifted to him by Colin Kaepernick, the former NFL quarterback who kneeled during the U.S. national anthem to protest police brutality and racial injustice.

Kanter often writes the word “freedom” on his basketball shoes while playing.

“I play in the NBA so they know what’s going on in my life, but I’m trying to use my platform to be a voice of all those innocent people out there who don’t have a voice,” Kanter said.

On the court, Kanter has proven to be a solid contributing member of the second-place Celtics. Kanter is averaging 7.8 points per game and 7.3 rebounds primarily off the bench; over Boston’s last three games — all wins — he’s averaged 14.6 rebounds and had his first 20-point game of the season earlier this month.

During the past off-season, Kanter said he “criss-crossed the U.S. to hold 50 free youth basketball camps in 30 states to teach kids leadership, teamwork and sportsmanship, even though Turkish consulates across the U.S., in addition to pro-Erdogan groups, tried to intimidate venues into cancelling my camps.”

Uras, however, reiterated his government’s position on Kanter. “When we listen to Mr. Kanter, we see not the innocent basketball player as he’s presenting himself to be, but rather an unbalanced character,” he said.

Kanter said he hopes to hold similar clinics in Canada, but his current focus while in the country is helping Boston earn a win over the reigning NBA champions during the league’s hallmark day.

“I think when I step on that court it’s going to give me so much hope that … we are accomplishing something. I think what we’re trying to do is working,” Kanter said.

“I think it’s so important for me to just go out there [today] and just represent freedom.”