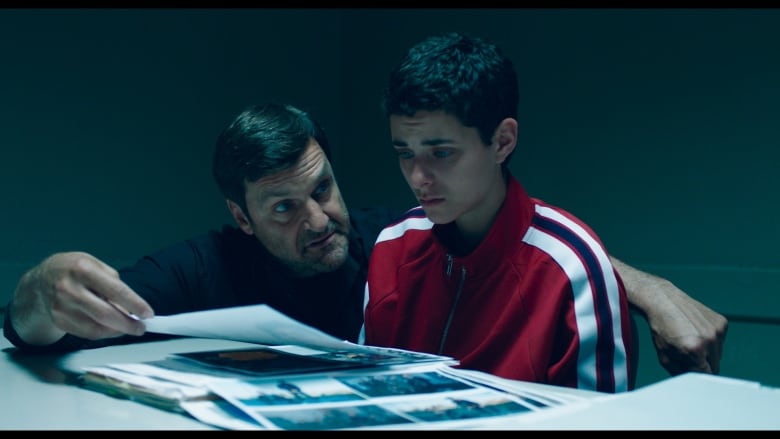 Two homegrown films are finding success in Hollywood on their own terms — by putting Canadian stories and settings front and centre.

The Body Remembers When The World Broke Open, which has received glowing reviews from major outlets including the New York Times and the L.A. Times, follows two women who meet by chance near a bus stop in Vancouver.

Both are Indigenous but they are from different walks of life. One is pregnant and escaping an abusive partner. The other appears to have a more stable home but is quietly facing her own demons.

The film, named after an essay by Vancouver-based Cree poet Billy-Ray Belcourt, is based on a pivotal real-life encounter by co-writer, co-director and co-star Elle-Máijá Tailfeathers.

“It’s resonating with a broad audience,” Tailfeathers told CBC News in Los Angeles. “I think it validates the fact that Indigenous people should be telling their own stories on screen and that our stories matter.”

Tailfeathers and Kathleen Hepburn, the film’s Canadian co-writer and co-director, gave an interview while visiting the L.A. offices of Array, an independent distribution company is owned by Ava DuVernay. She is an Academy Award-nominated filmmaker known for directing Selma, A Wrinkle in Time and the documentary 13th.

DuVernay is backing the film, which had a splashy Hollywood premiere and is now on Netflix.

“Ava has such wonderful networks and the ability to really elevate the film to a wider audience,” said Hepburn. “I think every step counts. And this is a huge one for us.”

Just the simple act of telling an authentic story is an act of resistance.– Elle-Maija Tailfeathers, The Body Remembers When The World Broke Open

It’s a big step for Canada as well. While movies and TV series are often shot across the country, the Canadian locations rarely stand in for themselves. Toronto might be New York. Or Vancouver is meant to be L.A. It’s less common to have uniquely Canadian stories — and cities — stand on their own.

And The Body Remembers When The World Broke Open isn’t alone.

Antigone, a French-language film by Quebec-based director Sophie Deraspe, is about an immigrant family in Montreal, who, in the wake of tragedy, must make some impossible decisions.

Deraspe says universal themes should be able to come from anywhere, especially when they’re relevant everywhere.

Variety called the screenplay “clever” in a review for the film and said it’s sure to find an audience in places divided by the immigration issue: “Namely, almost every developed nation on the planet.”

“I wanted to take the side of empathy,” said Deraspe. “We have issues with immigration in all of Canada, in the U.S. a lot also. It’s an issue that speaks to the Western world and all those countries where we have this mix of different origins, people coming from different parts of the world. This is our world today.”

It didn’t make the Oscars shortlist but it’s still standing out for other reasons. Newcomer Nahéma Ricci, who plays the title role, is being lauded for her performance. She had no professional acting training prior to getting the part but is now traveling to L.A. for more auditions.

Deraspe says finding actors with ethnicities that matched those of the main characters was challenging but important to maintain a sense of authenticity to the story.

Tailfeathers, whose film is also female-led both behind the scenes and on camera, agrees.

The Body Remembers When The World Broke Open cast Violet Nelson as Rosie, the troubled mother-to-be. She had never acted on screen before.

“A lot of the work that we do as Indigenous filmmakers can often be about challenging this long history of misrepresentation,” said Tailfeathers. “Just the simple act of telling an authentic story is an act of resistance.”