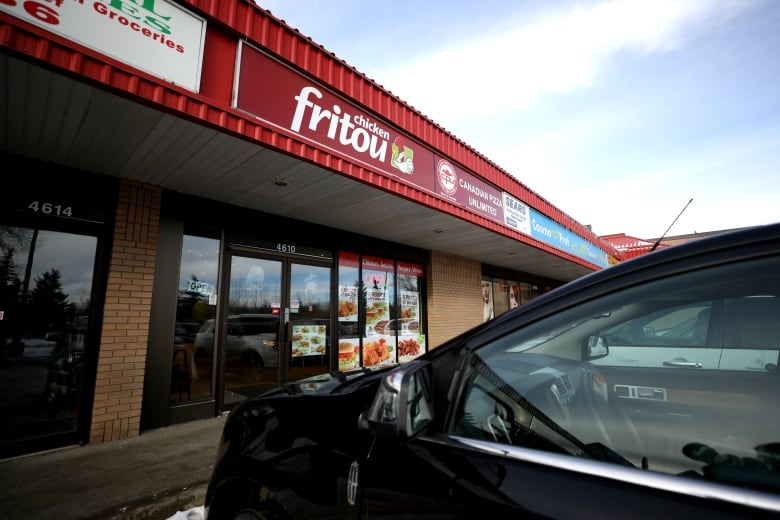 Sask. restaurants had 31,700 health violations in 3 years, but 0 fines were issued | CBC News

Despite thousands of infractions across hundreds of restaurants — some of which have dozens of violations — Saskatchewan has not fined a single establishment for breaking health rules.

Twelve restaurants have been closed by the province over the past four years, but zero fines have been issued.

The province says it prefers to educate restaurateurs, and that its approach is working.

Restaurants are supposed to undergo a routine inspection at least once every fiscal year, but inspections can also come as the result of a followup, a demand by the owner or a third party, or a complaint.

Enforcement usually takes the form of a conditional or probationary licence — for example, with a restriction on serving deep-fried food until there is proper ventilation — and education.

Some owners feel the system is unfair.

Little Saigon 2 Restaurant in Regina had the most infractions in the province with 118, ranging from the improper labelling of chemicals to pest issues.

Owner Hai Le would not grant CBC News an interview, but said in an email that running the restaurant has been hard because business has slowed substantially and he can’t afford to make changes outlined by the health inspectors.

He says health inspectors visit the restaurant regularly — sometimes weekly — and always find something wrong. Le said the issues are “very small problems,” but with inspectors coming back so frequently, he can’t keep up.

Fritou Chicken in Regina is another top offender, with 85 infractions. One inspection report from mid-April detailed 12 violations, including staff not trained in proper sanitation, food handlers not washing their hands properly and food not being kept at a safe temperature.

Owner Deepansh Mohan said many of the infractions had little to do with food preparation, and more to do with how well the owner gets along with inspectors.

“Every day we clean, we sanitize,” he said. “But if the health inspector doesn’t like you, she’ll keep on cutting you the points.”

Simon Kapaj, a medical health officer with SHA, said health inspectors “work with integrity and work with the utmost professionalism.”

He said inspection reports are audited often, and inspection staff are regularly shifted around between facilities. Inspectors must also have a degree in environmental health and a certificate from the Canadian Institute of Public Health Inspectors.

Rob Stadnyk, a health inspector for more than two decades, said inspections can last anywhere between 45 minutes and two hours and usually start with a drive around the facility.

Once inside, inspectors examine a long list of items. They’ll look at floors, walls and ceilings to make sure that surfaces can be easily cleaned and are impervious to moisture. They also look at temperature control, hand-washing techniques, staff training and whether pests are present.

What they find in an inspection will inform how often they come back, he said.

No need for charges

George Koutsoulis, a senior health inspector with SHA, said the people handling the food are the main source of contamination. Illnesses like hepatitis A, Salmonella or E. coli infection and — most commonly — norovirus can all be spread through food.

He said inspectors do have the power to suspend or cancel a restaurant licence and close a restaurant entirely, but that it “happens rarely.”

Saskatchewan’s Ministry of Health said in a statement that education and enforcement measures, which include restrictions on a restaurant’s licence, are “very effective” and have eliminated the need for laying charges under the Public Health Act.

It said that just because a restaurant has many infractions doesn’t mean it’s unsafe.

“Any public eating establishment in the province with a valid licence should be considered safe by the public,” the statement said.

Dr. Richard Mathias, an emeritus professor of community medicine at the University of British Columbia’s School of Population and Public Health, agreed that education is the best way to curb restaurant infractions.

But there still needs to be consequences for repeat offenders, he said.

Petit’s infractions include pest control, issues with proper utensils and general cleanliness, all of which were listed in an inspection report from April 25.

Despite the infractions, he said the health inspectors are a valuable resource.

“They’ve been around since the beginning and they do their jobs,” he said. “They’ve been an asset to me, anyway, to let me know what needs to be done.”

Other restaurant owners are trying to address the concerns through major retrofits of their establishments.

Peking Restaurant in Saskatoon had 66 violations during the three-year period, including pest control, hand-washing and temperature control issues. Owner Ling Feng Lie said inspectors are generally fair but they’re usually the only ones with concerns.

“I would say that it’s still a safe place to eat, because not many people complain about it,” he said. “It’s just the inspectors that come in and say ‘This thing’s not good, the other thing, it’s not right.'”

He said there have been instances when the inspector has come during the meal rush and penalized him for not properly storing food.

“It’s not that simple,” he said. “When you get too busy, you have to take the food out and use it.”

Lie said he’s already installed a new cooler and freezer at the establishment and that more work is planned for next year.

Sherman Chan, the owner of Genesis Family Restaurant, said he’s in the same boat. Genesis had 62 infractions during the three-year period, including issues around restaurant cleanliness, pests and lighting.

Chan said he’s spent thousands trying to satisfy inspectors, but that they never leave without recording at least one infraction during routine and follow-up inspections.

Chen said he has never had a customer come back and complain of getting ill or food poisoning.

Restaurant franchise owners have their own set of challenges. The owner of a Treats location in Saskatoon says he’s eager to do a massive renovation at the restaurant, but he says head office continues to put it off.

Li Zhang’s Treats franchise in Lower Place Riel on the University of Saskatchewan campus had 75 infractions in the three-year period.

Zhang said he took over the business in 2014 and it didn’t have a proper cooler or freezer space or equipment for serving hot food, and that’s the reason for many of the infractions.

He said most have since been addressed, but that his proposed renovation would address the remaining concerns.

Davis Group, which owns Treats, did not respond to a request for comment.

In Alberta, there were seven restaurants in the Edmonton area alone that were fined over the course of 2018–2019. Between Edmonton and Calgary, there have been 17 restaurants closed this year.

Although Saskatchewan hasn’t issued any fines, the province has issued some licences with restrictions attached. The number of conditional licences issued fell to 114 in 2018-19, down from 147 in 2017-18, a decrease of 22 per cent. Probationary licences issued, however, climbed slightly in the same timeframe, to 43 from 40.

In the current fiscal year, there have been 33 probationary licences and 93 conditional licenses issued in Saskatchewan.

Kapaj said if there is a restaurant operating in an unsafe manner, there will be “swift enforcement.”

“We are confident that the current system works,” he said.

The Ministry of Health has no plans to start fining restaurants.