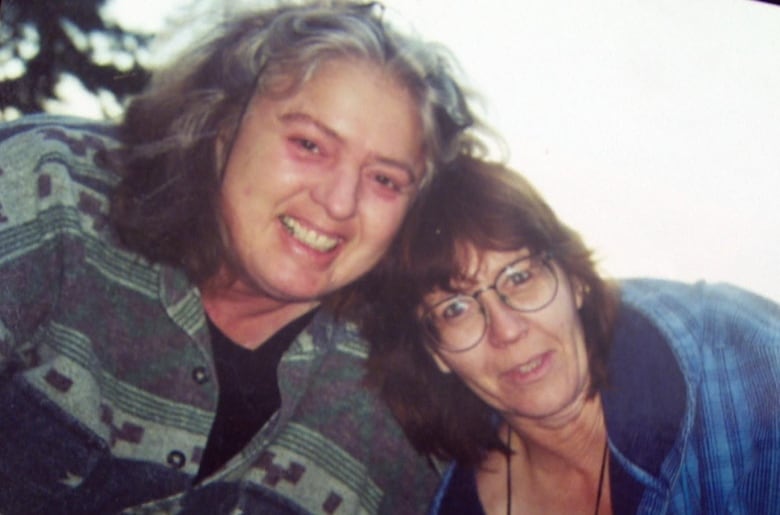 Psychotherapy may finally be regulated in B.C., following move by several other provinces | CBC News

Bernadine Fox and Pamela Sleeth wore commitment rings. They bought a house together. They spent holidays as a family and shared a bed.

On the surface, it sounds like a typical long-term relationship between two consenting adults, but there was one major difference — Sleeth was also Fox’s therapist, a professional she’d trusted to help her work through lasting trauma from her childhood.

“I allowed myself to be convinced by her that this was OK, that we were healthy enough and strong enough and aware enough. Other people might not be able to do this, but we could do this,” Fox remembered in a recent interview with CBC News.

“But we couldn’t tell anybody because people wouldn’t understand and they would frown upon it.”

When Fox started to realize she had been groomed and abused by someone in a position of power, she began searching for a way to hold Sleeth accountable.

She discovered that mental health counsellors and psychotherapists aren’t regulated in B.C.— literally anyone can call themselves a therapist, and they don’t have to follow defined standards of practice or face discipline for misconduct.

“When I tell people this, people are horrified,” Fox said.

For more than 20 years, therapists and their patients have been pleading for some sort of regulation in B.C., but they’ve had no success.

There could soon be progress on that front, though. Last month, the province announced a list of proposals for reforming B.C.’s system for regulating health professionals.

Health Minister Adrian Dix said the changes should make it easier for counsellors and therapists to be regulated.

“It takes too long for a new [regulatory] college to be created,” Dix told CBC News in an interview last week. “The counselling therapists … are next in line.”

Glen Grigg, a Vancouver-based clinical counsellor and chair of the Federation of Associations for Counselling Therapists in B.C. (FactBC), said he’s cautiously optimistic about the prospects for regulation under the proposed system.

Until now, he said, “the message from government has been, ‘Gee, that sounds like a good idea but we’re busy right now. We’ll get back to you when we’re not.'”

Grigg points out that therapists deal with people when they are at their most vulnerable, including patients struggling with potentially fatal conditions like eating disorders and suicidal thoughts.

“Those things can be made substantially worse by incompetent therapy,” Grigg said.

Regulating the profession would mean ensuring that everyone who offers psychotherapy has appropriate training, an understanding of ethics, a standardized code of conduct and accountability for their actions. Patients would have a way to report misconduct, and that misconduct could be made public after an investigation.

Psychotherapy is currently regulated in Ontario, Quebec, Nova Scotia and New Brunswick. Alberta will follow suit with a new college of counselling therapy within the next year.

Without a legal mandate for regulation in B.C., some professional groups have stepped in to fill the gap, registering members and regulating on an entirely voluntary basis.

That includes the B.C. Association of Clinical Counsellors, which offers designation as a registered clinical counsellor for those who have the appropriate education and commit themselves to following a code of conduct and standards of practice.

The group has the power to investigate complaints against its members, and generally deals with any wrongdoing through an agreement stipulating how the therapist involved will improve their practice.

But the BCACC can’t make those agreements public, and it has no power over someone who quits the group.

“We have a very pernicious system happening here,” Grigg said. “The people who are most in need of oversight and professional guidance are the people who are systematically moved further and further from standards and guidance.”

‘You have no voice’

Fox discovered this loophole when she filed a complaint against Sleeth in 2007. The BCACC opened an investigation, but it was dropped when Sleeth resigned her membership in the group in 2009.

Sleeth died in 2014. Fox’s allegations have not been tested in court, but her evidence of Sleeth’s abuse was thorough enough for the provincial government’s Crime Victim Assistance Program to fund 48 counselling sessions to help in her recovery from the trauma.

In a 2018 decision, an evaluator wrote that “there is sufficient evidence to determine, on a balance of probabilities, that Ms. Fox is a victim of sexual assault by the accused.”

Meanwhile, she’s written a book about her experience, and hosts a weekly show about mental health on Vancouver Co-op Radio, where one of her goals is to keep the public informed about appropriate relationships between therapists and their clients.

Fox said she’s trying to stay optimistic that the profession could soon be regulated.

“Every unethical therapist in Canada right now knows that the best place to continue their practice is to come to B.C., because there’s no regulation, there’s nobody looking, there’s nobody saying, ‘Well, are you qualified?'” Fox said.

Until things change, she recommends that others who’ve been abused reach out to the Therapy Exploitation Link Line, which offers resources and peer support.