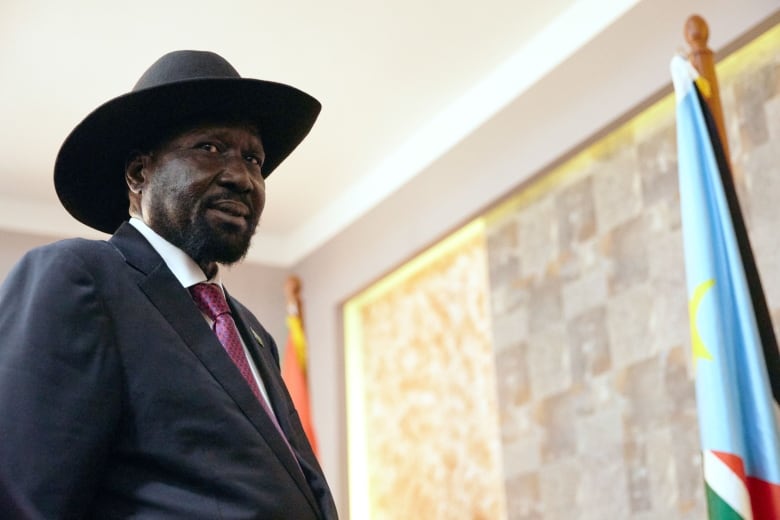 Pope Francis urged the world to let the light of Christmas pierce the “darkness in human hearts” that leads to religious persecution, social injustice, armed conflicts and fear of migrants.

In his Urbi et Orbi (to the city and the world) Christmas Day message, the 83-year-old Pope called for peace in the Holy Land, Syria, Lebanon, Yemen, Iraq, Venezuela, Ukraine and several African countries caught up in conflicts.

The common thread of his address to tens of thousands of people in St. Peter’s Square in Vatican City and millions watching or listening around the world was that change starts in the hearts of individuals.

“There is darkness in human hearts, yet the light of Christ is greater still,” Francis said to mark the seventh Christmas of his pontificate.

Francis singled out the persecution of Christians by militant groups in Burkina Faso, Mali, Niger and Nigeria, asking God to console those who suffer for their faith.

On Dec. 1, at least 14 people were shot dead in an attack on a church in eastern Burkina Faso, where an Islamist insurgency has ignited ethnic and religious tensions.

Francis, who has been scorned by populist politicians because of his defence of refugees and migrants, dedicated a section of his address to their plight.

This month, Francis called for the closing of migrant detention camps in Libya.

“It is injustice that turns them away from places where they might have hope for a dignified life, but instead find themselves before walls of indifference,” he said.

Francis said that while there were many huge problems in the world, people did not have to look far to correct injustices. They could make a difference in their own communities as a start to healing all the “suffering members of our human family.

“May [God] soften our often stony and self-centred hearts, and make them channels of his love. May he bring his smile, through our poor faces, to all the children of the world: to those who are abandoned and those who suffer violence,” Francis said.

To underscore his message, the two cardinals Francis chose to join him on the basilica’s central balcony were Renato Martino, president emeritus of the Vatican’s immigration office, and Konrad Krajewski, the papal almoner who distributes aid to Rome’s poor and homeless.

“Through our frail hands, may he clothe those who have nothing to wear, give bread to the hungry and heal the sick,” he said, adding that through friendship, everyone could be close to the elderly, the lonely, migrants and marginalized people.

“On this joyful Christmas Day, may he bring his tenderness to all and brighten the darkness of this world.”

Francis and two other religious leaders also sent out a Christmas appeal to the leaders of South Sudan to keep their promise to form at least a transitional unity government early next year.

The country, the world’s youngest, is mostly Christian, and a stable peace would allow the Pope to visit, something which he has said he hopes to do next year.

In the message, the three religious leaders said they were praying for “a renewed commitment to the path of reconciliation and fraternity.”

Last month, President Salva Kiir and former rebel leader Riek Machar delayed forming a unity government for 100 days beyond the Nov. 12 deadline, which itself was an extension of an original deadline last May.

They agreed to form a transitional unity government if they fail to resolve all their differences before the end of February.

The religious leaders said they wanted to show the political leaders “our spiritual closeness as you strive for a swift implementation of the Peace Agreements.”