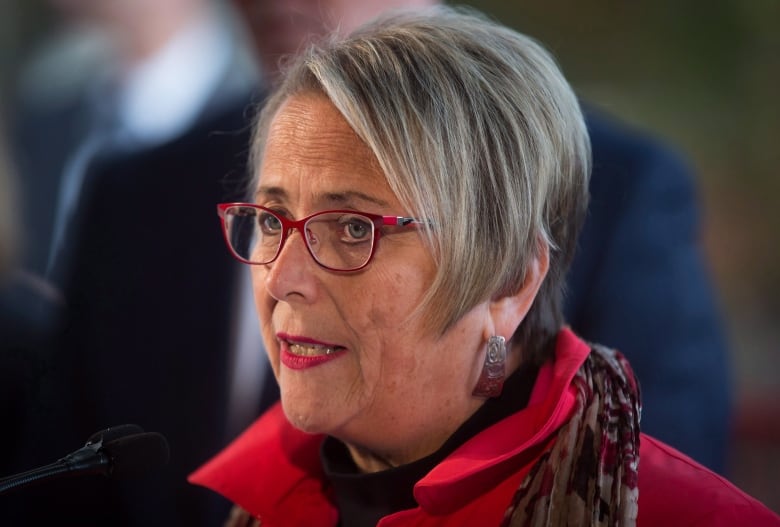 Patients should be screened for alcohol addiction once they turn 12, new B.C. guideline says | CBC News

Family doctors in British Columbia are being urged to annually screen every patient starting at age 12, in a move to prevent alcohol addiction, a leading cause of social and economic harms.

The guideline developed by the BC Centre on Substance Use and endorsed by the province encourages primary-care doctors to provide treatment and ongoing care themselves unless a complicated addiction has taken hold.

Dr. Keith Ahamad, an addiction specialist at St. Paul’s Hospital who helped write the guideline, said most alcohol-related issues including withdrawal management can be treated by family physicians but patients needing help are often not identified or treated.

“We’re not saying, ‘Oh, I think you have an alcohol addiction. Here’s a piece of paper, call this number,”’ Ahamad said in a recent interview.

“By putting the responsibility on the person with the health issue, you’re waiting for people to get really, really sick and then we’re forced to treat the downstream consequences of addiction, which for alcohol include liver disease, heart disease, various brain disorders and a whole host of cancers, not to mention the criminal justice and social fallout of alcohol addiction.”

There were 17,000 alcohol-related deaths across Canada in 2017, up by 2,000 fatalities from three years earlier, according to the Canadian Institute for Substance Use Research at the University of Victoria.

Ahamad said B.C.’s guideline, announced Wednesday, is the first in the country. It provides family doctors with a screening tool and urges them to provide ongoing support for patients with chronic alcohol use, as well as offering physicians online training.

It recommends prescribing under-used medications to curb cravings instead of potentially addictive drugs, such as Valium.

Family doctors are also advised to educate patients about Canada’s low-risk drinking guidelines, which recommend no more than 10 drinks a week for women, limited to two drinks per day, and up to 15 drinks a week for men, not exceeding three drinks a day.

By putting the responsibility on the person with the health issue you’re waiting for people to get really, really sick.– Dr. Keith Ahamad, addiction specialist at St. Paul’s Hospital

She said 20 per cent of people in B.C. over age 12 are classified as heavy drinkers, which highlights the need for early intervention.

“That’s huge, and it really means we need to start early,” Darcy said.

New guideline might push users to ask for help

Russell Purdy, 33, began drinking at 16 and excessively a year later when he became a junior hockey player.

“At 23 years old is when I started to notice that every time I was out drinking, I would only remember a portion of the night and everything would be in a blackout until I woke up the next morning,” Purdy said.

He also started using cocaine and got involved in “illegal activities” to fund his habit and his mortgage, but lost his relationship because of denial about his addiction.

His family doctor from childhood to his mid-20s, when the doctor retired, never asked whether he was using alcohol or drugs.

“That’s the thing I always find so odd when I look back at my story. We never talked about my drinking or drug use. We’d had conversations about everything else, even sexual activity, but we never once had a conversation about was I drinking? If I was drinking, how much I was drinking, was I using drugs?”

It was only when Purdy saw his doctor for damage and infections caused by snorting cocaine that he was asked any questions. By then, his addiction was so entrenched that he minimized his use of drugs and alcohol, he said.

“If somebody would have asked the questions earlier and could have been proactive rather than reactive to my situation I could have been saved from a lot of poor decisions and a lot of things in my life that I feel regret about but I’ll have to live with.”

The new guideline in B.C. “might spur the idea in somebody’s mind to start getting some help,” he said.

After Purdy walked out of a family Christmas event in 2017, his family paid for 51 days of residential treatment before he spent five months at a recovery house in Surrey, B.C., where he now works as a program manager.

Dr. Rupi Brar, an addiction specialist, said more community services in languages other than English are needed for people who often end up suffering in silence, especially because of the stigma of addiction.

The Roshni Clinic in Surrey offers treatment in Punjabi and Hindi, but Brar said it’s the only such facility in one of the largest South Asian communities in the country.

“Unfortunately, we are seeing far more South Asian men in their 20s and 30s who are coming to hospital with end-stage liver disease,” said Brar, who has worked at Roshni.

“What you see is more binge drinking in the first-generation Canadians and when you take the history you hear that they had uncles, fathers, other men in their families who had what they would have described as alcohol-use disorders themselves.”

Brar said that just like in any other community, educating patients about the genetic and biological aspect of addiction, similar to conditions such as diabetes and high blood pressure, should be part of the process of removing barriers to treatment.

“Slowly that tide is turning and there’s that change and accepting that this is not their fault, it’s a medical condition and there’s treatment for it,” said Brar.

“Family counselling in the context of treatment of substance use disorders is a key component that I don’t think we do a great job of in the system right now.”

Tim Stockwell, director of the Canadian Institute for Substance Use Research, said alcohol has overtaken tobacco in its cost to the economy, at $14.6 billion in 2014.

“It’s way ahead of opioids and all the illicit drugs put together, and in terms of the economic costs, alcohol has crossed over as the leading cause of health and economic costs,” he said.

Dr. Leslie Buckley, chief of addictions for the Centre for Addiction and Mental Health, said she is especially concerned about excessive drinking by young women, who historically drank less than men, but are now likely to drink equal amounts.

“It’s what some people call the pinking of the alcohol industry and the focused marketing on women, whether it be brand names or logos that might be particularly appealing to women.”

A study published in the Canadian Medical Association Journal in July showed that between 2013 and 2016, alcohol-related visits to emergency departments in Ontario jumped by 240 per cent for women 24 to 29 years old.

The Canadian Institute for Health Information said earlier this year that 26 per cent of hospital stays among youth involved alcohol between April 2017 and March 2018.