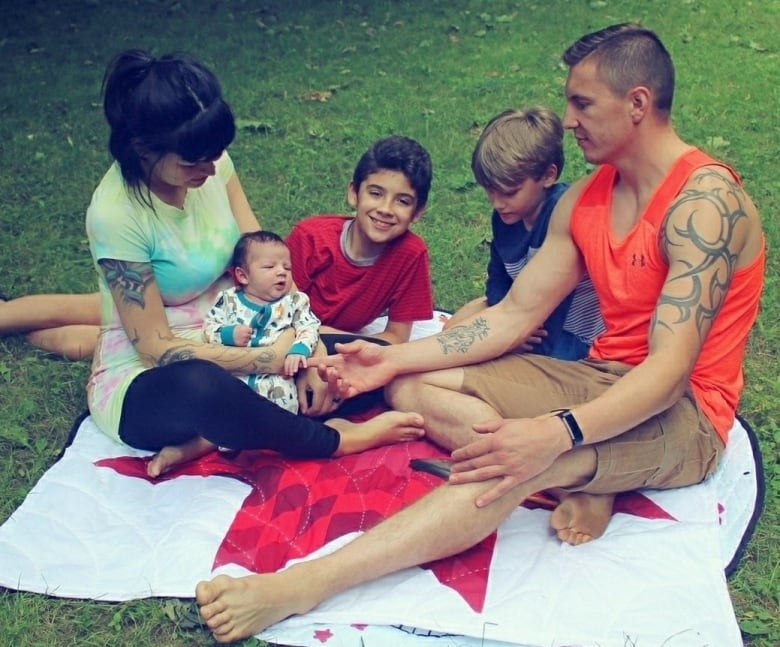 Out of the dark and into the boxing ring | CBC News

At one time, Jordan McCue was down for the count after getting into a bout of fisticuffs that landed him in trouble with the law.

Now, the 27-year-old Curve Lake First Nation man is still fighting, but as a professional boxer.

Growing up in Curve Lake First Nation in Ontario, he said he struggled with mental health and depression that led him down a dark path of alcoholism and an assault charge when he was 23.

He ended up spending a few weeks in jail for the assault.

“That’s when I hit my rock bottom,” said McCue.

“I was like — ‘I’m done with this stuff; I’m done with alcohol and carrying on,’ — I just wanted to change my life and get sober again. I wanted to pursue my career in boxing.”

McCue sought out boxing coach Kerry Hendren in Peterborough, Ont., to channel his mind and energy into something productive and he began fighting at an amateur level.

“Boxing was my way to keep me straight, narrow and focused,” said McCue.

“Ultimately, if you discipline yourself and follow your passion and the road you want to walk in life, opportunities open up all the time.”

Hendren has been a boxing coach in Peterborough for decades and is the owner of Scrap Yard Boxing Club.

Hendren said when McCue came to him he saw anger.

“When you’re looking at someone like that you think, ‘If I could translate that into something good, he would make a great pro,'” said Hendren.

Growing up, McCue spent time in a few different reserves across Canada like Grassy Narrows in Ontario and Canupawakpa in Manitoba because his father was a police officer who was transferred a few times.

When he was 12, McCue’s family settled in Curve Lake, where his father’s side of the family is from. He went to school in nearby Lakefield and began to kickbox in high school.

“I wasn’t in as good a shape back then. As a kid, I was getting looked down on and frowned upon from some people so I just decided I wanted to change and get in shape to be able to handle myself properly,” McCue said.

Eventually, he began boxing as an amateur with local gyms.

In McCue’s amateur career, he fought 45 fights with Hendren’s coaching. In September 2018, he made the leap to become a professional boxer.

“I’m 27 years of age now and I’m not getting any younger,” said McCue.

“So I said, let’s put my focus and discipline into it right now and make the best of what I got.”

He lives in Peterborough with his girlfriend Heather Stewart, their four-month-old baby Rowan and Heather’s two sons.

He said he also received a lot of support from the Curve Lake First Nation communities and people in Peterborough.

“When my family says they’re proud of me, I know I’m on the right track in doing what I’m going to do,” he said.

After a few wins, McCue had his first professional loss in November in Brampton, Ont. But he’s returning to the ring in the new year.

“I took my lessons learned from this fight and from my last fight,” he said. “I’m going to get to come back stronger from it.”

He said he wants to keep evolving and learning and hopes to maybe get a Canadian title down the road.

“That’s the ultimate goal for any fighter once they step into this sport,” he said.

But for now, he said he’s “just enjoying time with my son right now, during these little baby moments.”