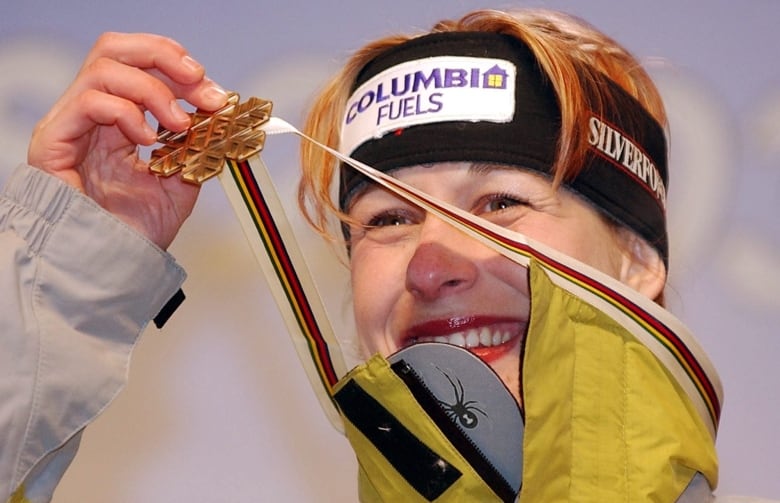 OPINION | Opinion: Canada should be going for gold-standard when protecting athletes from abuse | CBC News

This column is an opinion by Ashley Heisler, a second-year law student at the University of Ottawa and a former NCCA Division I athlete in women’s lacrosse. For more information about CBC’s Opinion section, please see the FAQ.

The recent New York Times video featuring U.S. long-distance runner Mary Cain shook the track and field community in North America with a heart-wrenching story of physical and emotional abuse, and it has an all too familiar ring for those in sport in Canada.

At 17, Cain signed a professional contract with Nike after becoming the youngest American track-and-field athlete to make a world championship team. Filled with potential, Cain says she was the “fastest girl in America, until I joined Nike.”

The seven-minute video provides an unadulterated recount of Cain’s tenure training with Alberto Salazar’s now dismantled Nike Oregon Project, during which she lost her period for three years, broke five bones and was burdened by suicidal thoughts. In Oregon, Cain says her male coaches insisted that, to be successful, she needed to be “thinner, and thinner, and thinner,” to the point where her body screamed for help.

In Canada, physical, psychological, sexual and emotional abuses have had severe and lasting effects on our nation’s elite athletes, as well.

In a federally funded, anonymous survey consisting of 1,000 former national team athletes this past year, for example, “13 per cent of current and 20 per cent of retired athletes reported they had experienced suicidal thoughts,” with only 15 per cent saying they had reported their experiences officially.

Sandra Kirby, a professor at the University of Winnipeg and former Olympian who completed a study similar to the federally funded report, found that throughout Canada’s elite sports management and coaching environments there is a general disrespect of the fact that athletes are people.

In other words, viewing athletes as a tool or mechanism for profit, medal count, or reputation often takes precedence over their safety and well-being.

Some are no longer staying silent.

When Forsyth initially reported the incidents to Alpine Canada, she says she was told to consider her allegations as she could be responsible for a loss of team sponsorship, and adds there was an implication that there could be effects on her own professional career.

Others in sports in Canada have also gone public with accusations of inappropriate treatment of athletes by coaching staff or failure to properly protect athletes.

Instances of “abuse, manipulation and inappropriate behaviour” have been alleged against a former coach of the Vancouver Whitecaps soccer team, the Under-20 Women’s National Team and assistant coach to the 2008 Canadian Women’s Olympic Team, Bob Birarda. Among its conclusions, a report commissioned by the Whitecaps and submitted Dec. 13 found that the club failed to ensure Birarda was adhering to a code of conduct designed to protect players, and made 34 recommendations to improve player safety and complaint management.

Athletes in hockey, bobsleigh and rowing have also been coming forward with allegations of inappropriate treatment and behaviour.

While formal litigation is an option and Canadian courts have established that coaches and their team staff owe a general duty of care to their athletes, the case law is limited.

Many lawsuits are settled before they can be determined by a judge, leaving no room for binding precedent. The decisions that are published primarily deal with male professional athletes, and often fail to consider the additional barriers and vulnerabilities female athletes face, such as less funding, lower representation and gendered stereotypes.

Further, they generally fail to address the psychological repercussions of abuse, even in cases stemming from physical acts.

But outside the courts, while new policy protecting both female and male athletes pursuing professional and amateur sports careers in Canada is in its early stages, recent reforms suggest that measures safeguarding athletes are starting to change — and for the better.

Kirsty Duncan, the Minister of Science, Sport and Persons With Disabilities prior to the announcement of the new Liberal cabinet on Nov. 20, launched three major developments in order to combat harassment, abuse and discrimination at all levels of sport.

First, an Investigation Unit supported by the Sport Dispute Resolution Centre of Canada (SDRCC) provides members of national sports teams with a third-party avenue to resolve disputes independent of an athlete’s sports organization.

Second, the Canadian Support Helpline was established as a neutral “listening and referral service” for athletes experiencing or witnessing harassment and discrimination in their sport.

Third, Duncan committed to enforce a safety-valve mechanism, wherein federal funding will be withheld from national sports organizations if they fail to report incidents of discrimination and harassment, or don’t utilize the SDRCC-supported Investigation Unit.

For female athletes, specifically, Duncan took further steps towards ensuring their safety by appointing a federal Gender Equity Secretariat responsible for, “developing, implementing and monitoring a gender equity in sport strategy.” This position is charged with facilitating initiatives to attract and maintain a greater female presence in sport, including athletes, coaches and officials, and aims to create a safer environment in which to train and compete.

Members of national sport organizations will also be forced to undergo mandatory training in national policies around anti-harassment, abuse and discrimination before April 2020.

It remains to be seen how the government will expand on these initiatives, as rookie MP Steven Guilbeault takes over the sport portfolio as part of his responsibilities as the new Minister of Canadian Heritage.

However, the implementation of these early policies by his predecessor suggests an evolution in the culture of Canadian sport that is refusing to let competition harm athletes, and is helping to end silence around abuse.

While the process of ensuring that athletes may pursue their goals without fear of abuse or harassment will hardly be linear, its current direction points to a promising future.

As Olympic medallist Forsyth puts it, “There is a strong sense of urgency to take action. We are not seeking perfection; we are seeking progress to ensure a safe, healthy sport environment for all athletes in Canada.”