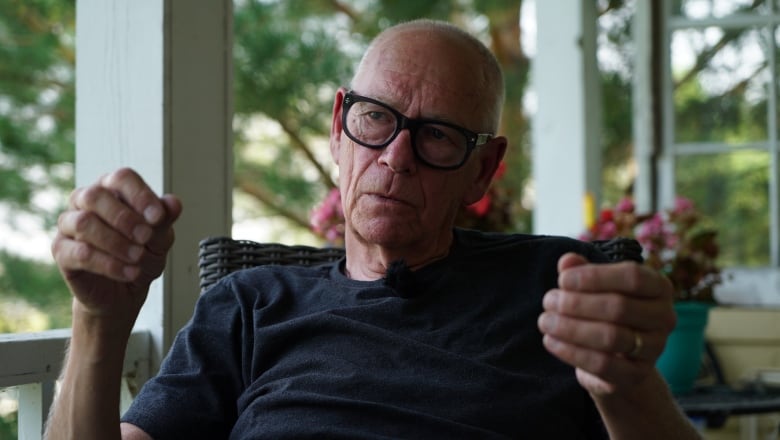 ‘I was burned:’ Men say they were denied service at Saskatchewan detox centre | CBC News

Two Saskatchewan men say they were unfairly kicked out of a publicly funded detox centre where they were seeking help with their addictions.

The government pays the Thunder Creek Rehabilitation Association to operate the 20-bed facility.

Brown, 42, says about two days in, he was told there was an issue: His health card was invalid and he needed to leave.

“I was burned,” he said in an interview. “It costs you money and it costs you time to go and do this to try and make a better future and you’re told it’s a slight inconvenience, red tape. Come back later.”

Brown said he managed to stay sober for 22 days, but went back to alcohol.

“I ended up drinking so heavily I lost five days. Didn’t even know where I was.”

Emails obtained by The Canadian Press show a Saskatchewan Health Authority official says the facility has since been instructed that no one should be turned away due to an invalid or out-of-province health card.

A mother-turned-advocate with the group Moms Stop the Harm is calling for more accountability after her son was turned away from the same facility in October 2017.

“It’s so astonishing to me that it’s continuing to happen,” said Jenny Churchill, whose son, Jordan, died of a fentanyl  overdose in 2018.

Before his death he filed a human rights complaint, which was resolved this past summer, said Churchill, who isn’t allowed to give details.

Rand Teed, an addictions counsellor, said turning people away from detox centres could lead to their coping with the stress by using their drugs, increasing the risk of an overdose They could also decide not to try again, Teed said.

“There’s still some systemic stigma with substance issues,” he said. “If you show up at the hospital with a broken leg or a heart problem, they’re likely not going to not treat you because of a technicality.”

After his first attempt, Brown entered a different detox program and is sober.

The former gang member and meth user said he felt like a failure after he was kicked out of Wakamow in mid-October.

He went back to using drugs and slipped back into familiar habits. Now he’s on remand for charges related to firearm possession and evading police.

Morin, 29, said he went to detox after his daughter was born. It was the first time he ever felt motivated to kick his seven-year meth addiction, he said.

First thing I thought was you don’t know how hard it was for me to come here in the first place.– Dustin Morin

After being admitted, he said, he was talking to another resident who was listing other people who were there and he heard a name he recognized: a former girlfriend.

The facility is gender neutral, but Morin disclosed the past relationship to staff. He said they returned five minutes later to tell him she was there first, so he needed to leave and come back another time.

“First thing I thought was you don’t know how hard it was for me to come here in the first place,” he said. “You guys think it’s going to be just as easy for me to say, ‘OK, I’ll be back in two weeks. No problem. I’ll call every day. No problem.’

Morin has since filed his own human rights complaint.

Jocelyn MacLeod, the facility’s program manager, said whether exes can detox together depends on whether either feels uncomfortable, so an incoming resident could be asked to leave.

MacLeod said Wakamow is committed to improving. A document is being drafted to direct staff to question incoming residents on whether they know other clients or are there with a former spouse or drug dealer, which could compromise their experience.

“It’s just trying to make sure that everyone has the opportunity to thrive while they’re here,” MacLeod said.

Current rules don’t speak to involuntary discharges, so it’s left up to service providers. The Ministry of Health said in a statement that the provincial health authority is working to standardize many policies, including those for detox services.