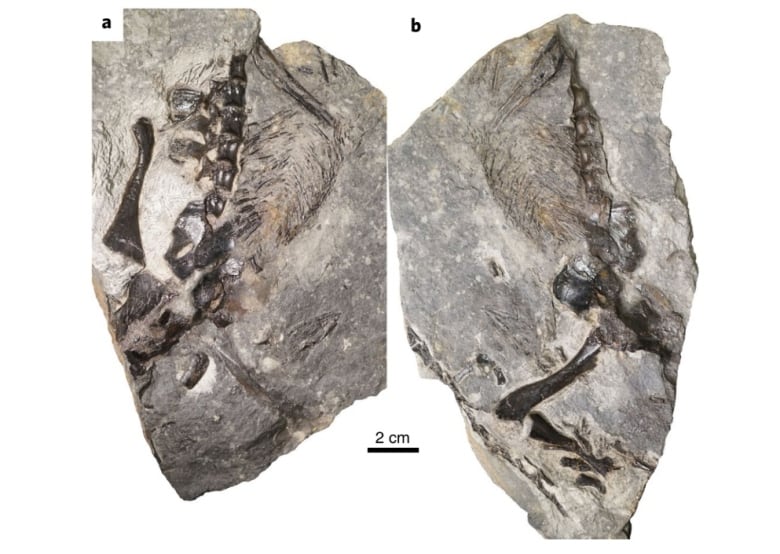 A fossil found in Cape Breton by Carleton University researchers has unearthed evidence of the earliest known example of parental care.

The fossil was discovered in 2017 on the coast in the Sydney area. It includes a previously unknown species of synapsid, which resembles the modern day monitor lizard.

The fossil was found in a tree stump and dates back 309 million years, 40 million years earlier than the previous example of the earliest known example of parental care.

Hillary Maddin led the research team that discovered this fossil. She said this fossil comes from a time when organisms started to move out of the oceans and live on land.

“We know now that they were actually adopting a lot of these more complex behaviours a lot sooner than we actually thought,” Maddin said in a telephone interview.

The fossil features an adult specimen sheltering a juvenile of the same species by encircling it in its tail behind a hind limb.

The fossil is also one of the first of its kind in Canada.

“This is the first Varanopidae in the fossil record now so it’s the oldest member of that group and it’s the first record of the group in Canada as well,” said Maddin.

“So that’s kind of exciting for our own sort of natural history and our heritage that we were in a place on a planet where this group of animals was actually starting to radiate and diversify.”

In a release from Carleton University, Nova Scotia researcher collaborator Brian Hebert said the province still has many secrets to be discovered.

“I’m hopeful that the Nova Scotia government will appreciate how discoveries like these can add to the province, not only scientifically, but also in terms of  tourism and economically,” Hebert said.

“I have been excited to work with Hillary since we met. I knew that she would appreciate the little known places in Nova Scotia and how they can change the way we look at the world.”