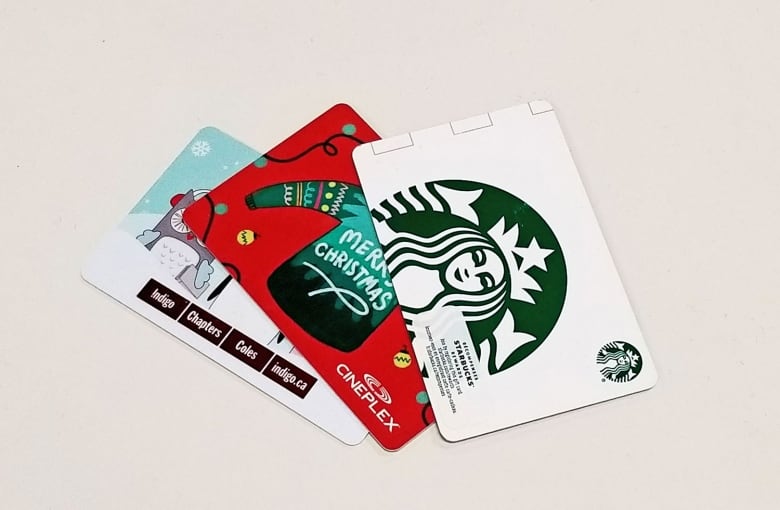 Miss something this week? Don’t panic. CBC’s Marketplace rounds up the consumer and health news you need.

Want this in your inbox? Get the Marketplace newsletter every Friday.

You can look forward to fewer scam phone calls, thanks to new regulations

Sick of threatening calls from the “Canada Revenue Agency” and suspicious offers for duct cleaning services? Starting this week, Rogers, Bell and other telecommunications providers in Canada were required to implement systems that help block scammers from calling you. The new system won’t cover all fraudalent calls, but is likely to prevent many of them from getting through. According to the Canadian Anti-Fraud Centre, phone scams bilked Canadians out of an estimated $24 million between Jan. 1 and Oct. 31, 2019.

The environmental cost of gift cards

As we get closer to the holidays, and time runs out to buy presents, many of us are keeping the idea of buying gift cards for loved ones in our back pocket. But gift cards aren’t actually very good for the environment. Many of them are made of PVC plastic, which is hard to recycle and isn’t accepted by most recycling systems. While they’re small and slim, their popularity means they add up — in 2014, two billion gift cards were purchased in the U.S. alone, according to an estimate by the consulting firm A.T. Kearney.

Is it possible to have a plastic-free Christmas? This couple thinks so

Megan McCarthy and Zan Gallant, a couple from Nova Scotia, are endeavouring to go plastic-free this holiday season. They’re hand-making Christmas decorations, gifts and cards — all in an effort to reduce their carbon footprint during a time that has traditionally focused on overindulgence and abundance.

Canadian women with textured breast implants — now banned by Health Canada over links to a rare form of lymphoma — have to decide whether the cost of having them removed outweighs the risk of leaving them in. The product — macro-textured Biocell implants, made by Allergan — has been linked to a rare form of lymphoma known as breast-implant-associated anaplastic large cell lymphoma, or BIA-ALCL. In 2018, a Marketplace hidden-camera investigation revealed how 3 Toronto surgeons market breast augmentation.

Cancer survivors are faced with difficult decisions months after textured implants were banned because of a rare cancer risk. The women must decide if the risks and costs of having implants removed outweigh the risk of leaving them in. 2:19

What else is going on?

Staff at a Staples in St. John’s stopped an elderly man from falling prey to a CRA scam. Staples said in a statement to CBC News that they were “thrilled about the performance of their associates.”

Boeing will suspend production of the 737 Max next month. The plane behind two deadly crashes has been grounded since March.

No cannabis edibles for Christmas in 3 provinces because of delays. Your plan to buy edibles as stocking stuffers will have to wait until next Christmas if you live in Ontario, Quebec or Alberta.

The latest in recalls

Do you have a story about getting an appliance repaired? We want to hear from you. Fill out this survey and share your experience with us: surveymonkey.com/r/appliancerepair

We’ll be on hiatus until the new year, but you can catch up on past Marketplace episodes on Gem and YouTube.