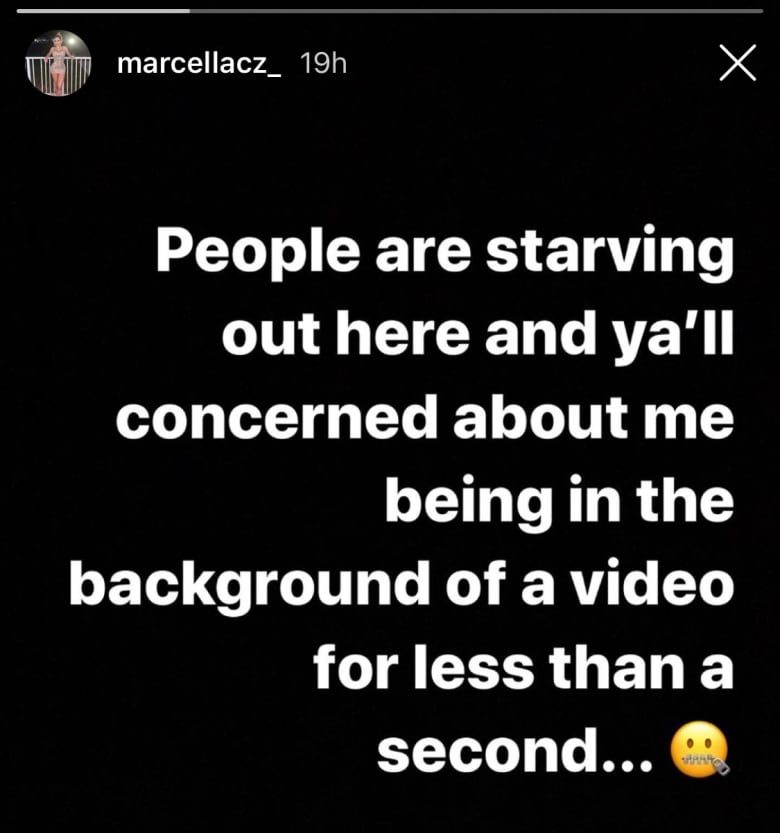 A new version of Drake’s latest music video has been rereleased, removing the brief appearance of a woman who pleaded guilty to mischief endangering life after she threw a chair off the balcony of a highrise downtown Toronto condo.

The Canadian artist announced the change on Instagram, reposting a message from the video’s director that says “certain people we don’t condone.”

The original music video for War, released Tuesday, featured a quick shot including Marcella Zoia, who became known as “chair girl” after she was filmed tossing a chair from the 45th-floor balcony, narrowly missing a highway.

Zoia was 19 when she pleaded guilty last month.

She has yet to be sentenced, but prosecutors are seeking six months in prison.

Drake first acknowledged Zoia was in the video on Christmas Eve, writing, “I don’t choose extras for my videos by the way,” followed by a chair emoji.

Zoia’s appearance in the video quickly prompted backlash on social media, but neither Drake nor Skudra said that’s why the video was re-edited and reposted in less than 24 hours.

Zoia directly responded to the criticism on her Instagram account, writing, “People are starving out here and ya’ll concerned about me being in the background of a video for less than a second.”