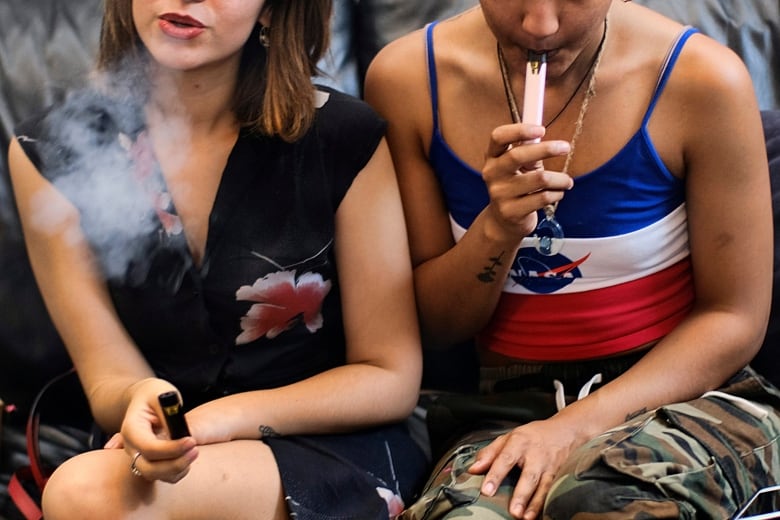 While many Canadians have focused on the supply problems and overly optimistic business projections that have marred Ottawa’s marijuana legalization project, it’s also left behind some international loose ends that still haven’t been tied up.

Not all other countries have accepted Canada’s right to forge a new path on cannabis law. And the ending of Canada’s 95-year ban on cannabis appears to have accelerated the demise of a worldwide consensus and treaty regime that, for decades, underpinned the global war on drugs.

A year after legalization, Canada remains in flagrant violation of UN drug treaties that it signed — an uncomfortable situation for a country that likes to see itself as a stickler for international laws and treaties.

“The Government of Canada has contributed to weakening the international legal drug control framework and undermining the rules-based international order,” says the UN’s International Narcotics Control Board (INCB).

On Dec. 13, INCB President Cornelis de Joncheere reminded nations that the UN “has repeatedly and publicly spoken out that these (legalization laws) are in violation of the obligations under the conventions.”

A heavily-redacted memo that appears to have been signed by Ian Shugart as deputy minister of Foreign Affairs — just a month before cannabis became legal — discusses “withdrawing Canada’s objections to treaty actions by Bolivia under the Single Convention on Narcotic Drugs, 1961, in advance of the entry into force of the Cannabis Act.”

When Bolivia tried to join the convention in the 1980s, it faced a dilemma. Those were the boom days of the cocaine trade and the coca plantations of South America were seen as the source of the scourge. But the people of the Andean nations had been chewing coca leaves for generations, so Bolivia negotiated a 25-year exemption for coca leaf.

As the 25 year deadline loomed, the government of former coca farmer Evo Morales tried to persuade other countries to change the treaty.

Other signatories weren’t willing to change the convention, and the Bolivians weren’t willing to ban coca leaf, so in 2012 they decided on a bold stroke: Bolivia would crash out of the three international drug treaties and then apply to re-enter with its own permanent exemption for coca leaf, now enshrined in a new Bolivian constitution as part of the nation’s Indigenous heritage.

The move was opposed by the US, already deeply suspicious of the leftist president who had banned the Drug Enforcement Administration from his country four years earlier. But objections also came from some of the world’s most progressive countries on drug policy — such as Portugal and the Netherlands — who saw it as a bad-faith way to get around the treaty that would set a dangerous precedent.

“Canada was among a group of 18 states parties to that convention that did not support Bolivia’s proposal at that time,” said Guillaume Berubé of Global Affairs Canada.

But Bolivia had studied the UN rules carefully, and knew its opponents would be unlikely to get one-third of treaty members to raise a protest. Without that, the objections would not stand. And so, by 2013, Bolivia was back in the treaties, now with a permanent exemption for coca leaf.

Today, Canada finds itself in much the same position Bolivia did in 2012 — openly violating the treaties it signed. Its Bolivian objection now looks like hypocrisy.

Bolivia “was successful in re-acceding with a reservation to certain obligations to permit traditional coca leaf practices in its territory. With that step by Bolivia, no further action has been required by states parties with respect to the matter.”

And yet, as the redacted memo shows, Canada was still debating at the highest levels whether to formally withdraw that objection years after Bolivia’s actions.

John Walsh of the Washington Office on Latin America testified as an expert before the Senate committee that examined the international effects of Canada’s legalization plan.

“They’re interested in finding a solution that reconciles their domestic policy changes — from which they’re not retreating — with their international treaty obligations,” he said. “Getting to that point is the not-easy part.”

Walsh said Canada is facing steady pressure from other signatories to the drug treaties, particularly Russia.

“”For Russia, it’s a tantalizing opportunity not just to bash Canada but to call the West on its hypocrisy on the rules-based international order, and sow divisions among the West, which it sees as antagonistic and oppressive of its interests,” Walsh told CBC News.

“I think they take some glee in being able to point to Canada and say, ‘The West seeks to impose this rules-based order on us, but when it comes to following their own obligations, they’re à la carte, which is contrary to what international law requires.'”

Russia and Japan led the objections earlier this year when Canada and Uruguay joined a World Health Organization-supported initiative to downgrade cannabis from its Schedule IV classification.

“Because the US has sidelined itself on this issue, Russia sees itself as stepping into the void and has been able to rally a lot of like-minded prohibitionist countries in Africa and Asia,” Walsh said.

Russia’s objections may have something to do with scoring points — but they also reflect the country’s very different approach to drug policy.

“The new drug policy of Ottawa contradicts the 1969 Vienna Convention on the Law of Treaties,” said a statement from the Russian embassy. Under that convention, the statement said, “the Canadian side is obliged to perform in good faith its international legal obligations and has no right to invoke its internal legislation as a justification for its failure to perform the international treaty.”

Deputy Prime Minister Chrystia Freeland has acknowledged that the new cannabis law does selectively violate the treaties, although Berube said the approach “is consistent with the overarching goals of the UN drug conventions, namely to protect the health and safety of citizens.”

The Russians aren’t buying that argument.

“The decision adopted by Canada in fact opens the ‘Pandora box’ by introducing [a] selective approach toward the implementation of the UN drug control conventions,” Kutlyshev said.

“There exists real danger that some other countries may follow the example set by Canada, which would lead to the erosion and even dismantling of the whole international legal foundation of our fight against narcotic drugs.”

That fear seems to be coming true —at least in the Western Hemisphere, where courts and governments are chipping away at the architecture of prohibition.

“Someone has to go first,” Uruguay’s President José Mujica said in 2013, when his country led the way by fully legalizing marijuana.

In the U.S., marijuana is now fully legal in 11 states and fully illegal in only 10, with medical exemptions or decriminalization statutes in the rest.

Several years ago, Walsh said, Canada could have expected intense pressure from Washington not to legalize — but the U.S. has given up its role as world policeman of drug enforcement.

“The International Narcotics Control Board already sees the U.S. as out of compliance,” he said. “Because of the outsized role of the U.S. in insisting on enforcement of the drug treaties, everybody understands the significance of the fact that the U.S. is now sidelined from bludgeoning back against Canada.”

Meanwhile, a growing number of Mexicans are asking why their army continues to uproot plants that are now legal right across the border.

Colombia was for years the epicentre of the cocaine trade and birthed three of the world’s richest and most powerful drug cartels in the 1980s and 90s.

Today, every Colombian has the right to cultivate up to 20 marijuana plants. In Canada, the limit is four.

Walsh said Ottawa knows “it is a serious matter to be in violation” of the treaties — but “it also knows it faces no immediate material consequences.