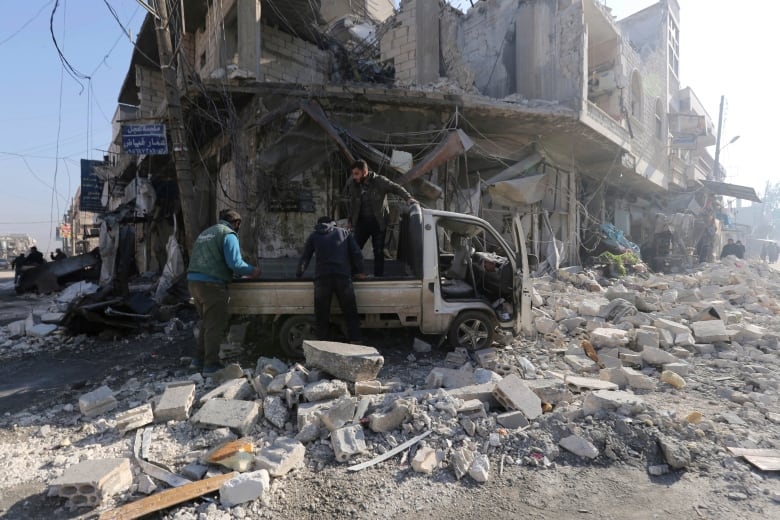 Canada on Sunday joined countries condemning Russia and China after the two used a UN Security Council veto to block cross-border aid deliveries from Turkey and Iraq to millions of Syrian civilians.

In a Global Affairs statement, Canada said it is “deeply disappointed” by the veto.

“We are particularly concerned about the situation in Idlib, where the population faces increased violence, including airstrikes by the Syrian regime and Russia.”

The veto came as Russian-backed Syrian forces have gained ground against the last opposition enclave in Syria’s northwest, with intense aerial strikes in southeastern Idlib.

Thousands of Syrian refugees from the region have fled into Turkey to escape the biggest offensive in more than three months.

“We call on all parties to allow rapid, safe and unhindered humanitarian access to populations in need,” the Global Affairs statement said.

On Saturday, U.S. Secretary of State Mike Pompeo said Russia and China had blood on their hands.

“The Russian Federation’s and China’s veto yesterday of a Security Council resolution that allows for humanitarian aid to reach millions of Syrians is shameful,” Pompeo said in a statement.

“To Russia and China, who have chosen to make a political statement by opposing this resolution, you have blood on your hands.”

Russia, backed by China, on Friday cast its 14th UN Security Council veto since the start of the Syrian conflict in 2011.

The resolution, drafted by Belgium, Kuwait and Germany, would have allowed cross-border humanitarian deliveries for a further 12 months from two points in Turkey and one in Iraq. But Syrian ally Russia only wanted to approve the two Turkish crossings for six months and had proposed its own draft text.

Russia and China vetoed the text, while the remaining 13 members of the Security Council voted in favour. A resolution needs a minimum nine votes to pass, and no vetoes by Russia, China, the United States, Britain or France.

Russia and China later introduced a resolution that would have extended deliveries for six months and kept only two crossing points in Turkey, but that failed to get the required nine Yes votes.

Reacting to Friday’s votes, Britain’s UN Ambassador Karen Pierce said Russia and China “gave no credible explanation for their veto or for the cynical attempt to score political points by tabling a second resolution that halved the number of crossings and halved the length of time.”

Pompeo said on Saturday: “The United States will remain committed to helping the voiceless, the hungry, the displaced, and the orphaned receive the humanitarian aid they require to survive no matter where they live.”

Since 2014, the United Nations and aid groups have crossed into Syria from Turkey, Iraq and Jordan at four places annually authorized by the Security Council. In a bid to compromise with Russia, the Jordan crossing was dropped by Belgium, Kuwait and Germany from their draft.

The current authorization for the four border crossings in Turkey, Iraq and Jordan ends on Jan. 10, so the Security Council could still attempt to reach an agreement, though some diplomats acknowledged this could now be difficult.

Russian and Syrian jets have stepped up strikes on villages and towns around Maarat al-Numan, from which thousands of people have fled to the relative safety of the Turkish border fearing an imminent assault.

The Syrian army said it had gained more than 20 villages and hilltops, and was coming close to one of 12 Turkish observation posts in the northwest, part of a deal with Moscow and Tehran in 2017 to avert large-scale fighting in Idlib.

Residents in the area said many villages were now deserted in a campaign that has since it first started in April has displaced more than 500,000 people, according to the United Nations and international relief groups.

“Many villages and towns have turned into ghost towns. Russia’s ‘scorched earth’ bombing is helping the army gain ground,” said Mohamad Rasheed, an activist from the area.