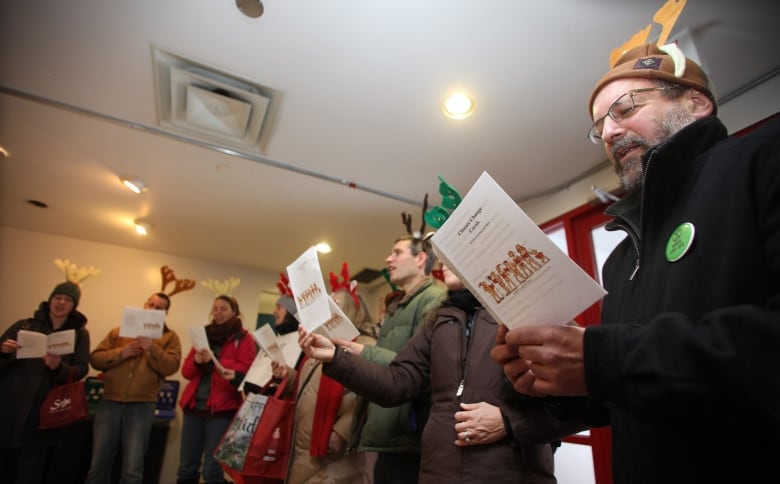 When Jason Kenney took to the podium this week to launch his promised energy “war room,” he did so under the gaze of college students hoping to one day work in the oil and gas industry.

With an annual budget of $30 million, the effort is well-funded.

But with spending on health and education under the microscope in Alberta, it seems fair to ask what is the expected return on that investment? Will it change minds? Can it help bring back jobs?

Or perhaps, as opponents suggest, the goals are more political in nature.

The centre is now one of Alberta’s most high-profile bodies, aiming to influence global opinion on the country’s oil and gas sector.  How the government views success is an important question.

Many Albertans, indeed, hope it can shift unfavourable views of the oil and gas sector.

But creating a new, “positive” narrative seems like a difficult and even amorphous goal in a charged, global debate about fossil fuels, carbon emissions and climate change.

On the same day that the war room launched, Tom Olsen, the head of the new centre, found himself answering questions about climate activist Greta Thunberg, who was named Time Person of the Year.

David Taras, a political analyst at Calgary’s Mount Royal University, said affecting North American public opinion when it comes to the oilsands and climate change won’t be an easy task.

“I would say the chances are the same as putting your finger in the dike,” he said in an interview.

Kenney said during Wednesday’s launch that one way the government will gauge success is with public opinion research, but he added that some things will be difficult to measure.

“We are facing a significant challenge by these same organizations trying to misinform prospective investors about our environmental performance,” said Kenney.

“It’s kind of hard to measure exactly what impact we can have there.”

His hope is that when investors come to make decisions on environmental, social and governance criteria, they will, at the very least, be looking at current and accurate data on the performance of the Canadian industry.

“My hope is that someday in the future, these facts will be so well-known that we don’t need to invest so much in telling the truth,” Kenney said. “But right now, we are in the fight of our economic lives.”

Environmentalists and others concerned about climate change will undoubtedly challenge what the Alberta government and the energy centre put forward as facts.

Greenpeace Canada didn’t waste any time, quickly disputing one of the energy centre’s postings on its new website, challenging the notion there will be “increasing demand globally for oil and gas for decades to come.”

In a world where even basic facts seem polarizing, how will others view the information that comes from the Canadian Energy Centre?

What is clear is this has been a rotten stretch for the people who work in Alberta’s oil and gas industry, as layoff announcements continue to sting the sector.

ATB Financial’s new forecast anticipates another sluggish year for the provincial economy as the struggles of the oilpatch are expected to continue.

In some ways, Kenney’s establishment of the “war room” gives both form and substance to the concerns and frustration of those Albertans who are worried about their future and the industry.

“We are going to stand up for an industry that has done more than any in Canada’s modern history to create shared prosperity, social mobility and progress across this country,” Kenney said Wednesday.

If Canada doesn’t provide the energy others need, he said, “OPEC dictatorships and Vladimir Putin’s Russia will.”

In Alberta, this may be a compelling argument. His remarks were met with applause Wednesday in a room that included executives from some of the industry’s biggest lobby groups.

But can it win over skeptics on Bay Street, Wall Street or in London?

This month, Moody’s downgraded Alberta’s credit rating, citing the province’s continued dependence on oil. It also noted the province’s oil and gas sector is carbon intensive and its greenhouse gas emissions are the highest among provinces.

“Alberta is also susceptible to natural disasters, including wildfires and floods, which could lead to significant mitigation costs by the province,” Moody’s said.

Kenney immediately pushed back, saying financial institutions, including Moody’s, “are buying into the political agenda emanating from Europe, which is trying to stigmatize development of hydrocarbon energy.”

Moody’s has not retracted its report.

Then there’s the debate about the demand for oil in the future and the trajectory of the sector.  Regardless of how many decades people believe will pass before oil demand begins to slip, the conversation definitely seems to be shifting.

“About 14 years ago, all anybody could talk about was peak oil supply,” Bloomberg opinion writer Mark Gongloff noted this week. “Now everybody talks about the opposite: peak oil demand.”

It’s one reason why some Albertans, like Duncan Kenyon of the Pembina Institute, a clean energy think-tank, say now is the time to have hard conversations about the future of the province and its business strategy.

The Canadian Energy Centre will now wade into this roiling debate about energy — amid global calls for action on climate change — hoping to turn the tide in favour of the oilsands and the rest of the domestic energy sector.

Success might be hard to measure but, in an attention economy, it’s perhaps the struggle to resonate that is one of its greatest challenges.