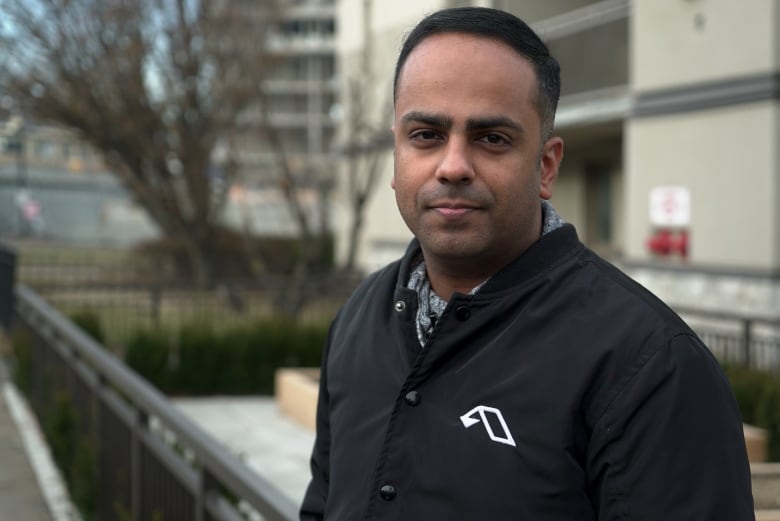 Sitting on his bed, a cancer patient who wants to be referred to only as Richard, carves an angel from a bar of soap. His hands move swiftly and smoothly as the shape emerges.

Lining the window ledge of his sparse bachelor apartment are a dozen similar carvings.

“Most of the time, I sculpt angels because they are protectors,” Richard says as he shows his doctor his work.

Richard is being cared for Dr. Naheed Dosani, founder and lead Palliative Education and Care for the Homeless, which delivers hospice care to some of Toronto’s most vulnerable.

Dosani began the initiative five years ago and now works with three other doctors and a nurse to bring palliative care about 90 patients in shelters, rooming houses and even on the streets.

“I was in a dark place,” Richard says as his eyes stay focused on his carving.

“I was in jail a long time ago.I was in the hole and I sculpted a rabbit. I wanted to get out of there and do something creative, so I did. And I never went back to that life again.”

That was 30 years ago. But it’s in the past decade that Richard has faced his biggest challenges.

The 58-year-old was homeless for the past 10 years and has been dealing with bone cancer for 9 of them.

Just days ago, Dosani helped arrange housing for Richard. Now he has a safe place to stay as deals with chemotherapy treatments.

“The challenges with dealing life-threatening illness while living on the street are enormous. Where do you put your medications, how to you track your symptoms, where do your health care providers see you? Now Richard has a home where he can focus on his treatment,” Dosani said.

The soft-spoken sculptor has also received gifts through the PEACH Good Wishes program. The program is a partnership with Inner City Health Associates — a group of more than 100 physicians working in over 55 shelters and drop-ins across Toronto — as well as drop-in centre Haven Toronto, to grant wishes to homeless facing life-limiting illness.

The program is supported through donations and usually grants about 40 wishes per year.

‘A spiritual thing to help people’

Most of the wishes are for basic necessities like clothing, but Dosani says some people have used their wishes to pre-pay for their own funeral arrangements.

Richard asked for a warm coat and boots to wear to his chemotherapy appointments, along with art supplies to continue his soap sculptures.

It’s an initiative Dosani feels can help where medicine can’t.

It was a response to the idea that many of their clients are dealing with not just physical pain, but also emotional pain from social isolation and trauma, he says.

“The Good Wishes program meets people where they are at, so emotional pain and suffering are addressed,”  Dosani said.

For Richard, who often refers to his soap-sculpture angels as protectors, that’s also how he’s come to think of Dr. Dosani and the team at PEACH.